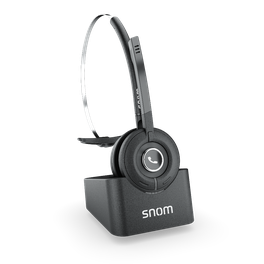 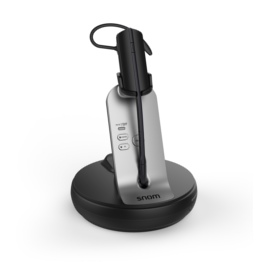 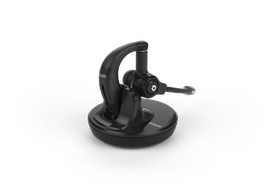 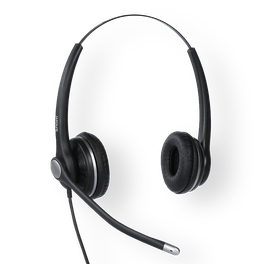 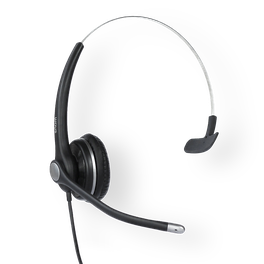 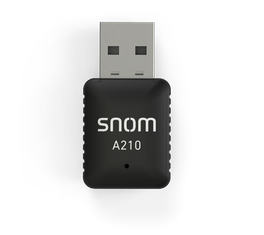 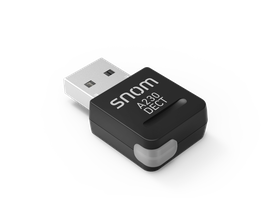 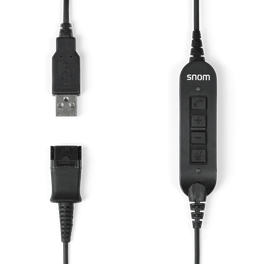 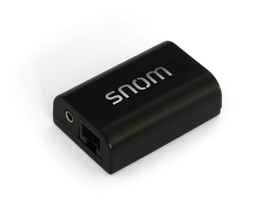 A telephone headset performs the functions of a telephone handset, but it's worn on your head rather than held in your hand. If you are on a call for a long time, or you need your hands free for other tasks while speaking, a headset is a good way to enhance your productivity and comfort. A headset allows you to work efficiently and comfortably - you can concentrate on the conversation and on the things in front of you, and forget about the telephone.

Snom headsets are tested specifically for use with the Snom telephones, and they are designed to be comfortable to wear. The microphone is noise-cancelling so there is no compromise on voice quality.

DECT is the best solution

“If humans are already the greatest source of interference, why should I use Bluetooth headphones for critical business conversations?”

“Today there are many more mobile phones than before, even inside offices,” states Hannes Krüger, Snom Product Manager. “Whether we’re talking about a stocker who has to quickly make sure something is on the shelf, a consultant who wishes to speak with a colleague two offices over, or an assistant who needs to get something from the cabinet to the rear without interrupting their conversation, there are numerous occasions during the work day when wireless headsets or speakerphones are handy.” The countless manufacturers, who in recent years have decided to focus on providing businesses with wireless headsets or battery-powered speakerphones, are well aware of this fact. Snom is also well aware of this fact, but we preferred to focus on an alternative to Bluetooth.

For about a year, the Berlin VoIP pioneer, Snom, has been producing and selling wireless headsets and speakerphone modules for its conferencing solutions. However, these devices have one fundamental difference from the usual wireless phone accessories available on the market. The manufacturer has put its trust in the DECT protocol, the standard used globally for cordless phones. Starting several years ago, the company integrated wired headsets and solutions for phone conferencing into its portfolio. With wireless accessories based on DECT, such as the Snom A170 headset or C52-SP speakerphone module, the IP telephony specialist sought to immediately avoid any compatibility questions, offering an alternative to Bluetooth devices that is of superior quality, is less subject to interference, and has a greater range.

“Compared to DECT, Bluetooth has only one advantage: the wireless headsets or speakerphone devices can be used with both desk phones or PC softphones and smartphones. It is definitely convenient, but how many workers have both?” asks Kruger. The market share is limited while the disadvantages of Bluetooth technology in terms of consistent voice transmission make your head spin slightly, starting with connection quality and stability, which is often unsatisfactory or even interrupted when your phone is in your pocket or during the call.

“The Bluetooth frequency range is close to the resonant frequency of water. So, obviously, those wearing the headset are already a barrier, as are the plants that decorate the office, for example. This is compounded by any construction materials, local Wi-Fi, etc. The impact of these disturbances on Bluetooth can be reduced by increasing the transmission power, but often this takes us from the frying pan into the fire by lowering the battery life,” explains Krüger.

The uniqueness of the DECT standard is in the fact that the transmission protocol is almost exclusively limited to audio devices. The DECT(ULE) technology used in intelligent sensors is not as widespread in the business environment as it is in private homes. Given that the DECT protocol has its own radio frequency, it is difficult to encounter interference from anything other than other DECT phones. Of course, any cement or steel reinforced walls can limit the range of the DECT signal. “Nevertheless, we are talking about a range of 20-30 metres in modern buildings, which is three times greater than Bluetooth (with the nominal DECT value between 50 and 100 metres inside and up to 300 metres outside),” adds Krüger.

Snom’s decision to include the otherwise necessary control unit for DECT headsets and speakerphone modules in its wireless accessories was particularly effective. In fact, an adapter is normally required to manage calls (answer or hang up) using a headset. “We wanted to offer our customers a Plug & Play experience. Snom’s DECT headsets and modules for conferencing are ideal for those working on a PC with softphone or with Snom’s IP phones. In fact, the Snom A170 headset is equipped with a practical switch that allows you to alternate the connection between a PC and phone, providing maximum flexibility,” adds Krüger, who goes on to say, “In the cordless telephony industry, the DECT protocol has greatly exceeded Wi-Fi, so it comes as no surprise that Snom opted for the greater quality and bandwidth, even for its wireless headsets.” 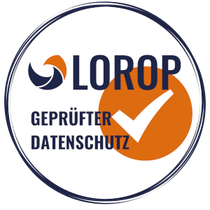